Now, I’ve been an inbound marketer for a long time, and a couple months ago I had to finally admit to myself that it can be frustrating to compete with a good advertiser.

I’d spend a couple days on an awesome article, optimizing it for search as much as I know how and pushing it to influencers and my social network. Our ads guy, however, would spend $40 and drive as much traffic in a day as that article would drive in a month.

So I took it upon myself to learn everything I could about Facebook Ads to be able to combine inbound and outbound marketing into my marketing repertoire.

This complete guide to Facebook Ads is a compilation of everything I learned and you need to know. As of February 15th 2016, it’s up to date.

Note: This article only includes strategies and capabilities which are available to Facebook Advertisers worldwide. You may know that Facebook releases tools before (or sometimes only to their US users. There’s nothing more frustrating than reading about an advertising capability only to find that your ad platform doesn’t have it. So I’m not including them.

I’m also taking a lot of the screenshots you see from Facebook’s Power Editor tool, which is what I use to advertise on Facebook and what I recommend you do as well. If you’re not using Chrome, you won’t be able to access Power Editor, so (in short) you should get Chrome.

Power Editor not only makes it easy to run different ad sets and campaigns at once, there are actually a few things which are only possible with Power Editor. You can access Power Editor via This link.

With that out of the way, let’s get rolling!

Facebook Ads have been around since the early days of the platform. Originally called “flyers,” they started out as sidebar notices by companies and organizations who wanted to target specific universities (back when Facebook was “TheFacebook” and Mark Zuckerberg was just a curly-haired nerd from Harvard).

Now, of course, things are a little different.

The Facebook Ad platform accounts for 10% of the digital advertising market (Google’s still about 30%). In 2015, Facebook Ads brought in more than $5 billion of the company’s $17.93 billion annual revenue (80% of which was from mobile).

It makes sense, given that their ad audience is (according to January numbers) 1.59 billion active users.

But what does that mean for you?

It means that, as an online marketer, since about 2010 you’ve had access to an advertising platform that wasn’t Google Adwords. It means that you have access to an audience of more than one and a half billion people who visit the site, on average, more than 20 minutes per day.

And now, of course, Facebook Ads have teamed up with Instagram to deliver your campaigns to even more people, and on a platform far more focused on images and products.

I won’t get into this overmuch, as this guide is large enough without getting into Instagram as well.

What’s cool, of course, is that you’re increasing the reach of your campaigns (always good). 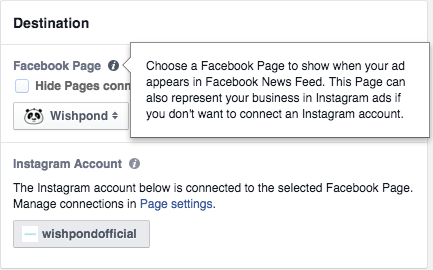 Campaign vs Ad Set vs Ad

So this is a bit confusing, particularly when you’re first setting up your Facebook Ad in Power Editor. The screen looks like this, and you might not be sure what’s what and who goes where… 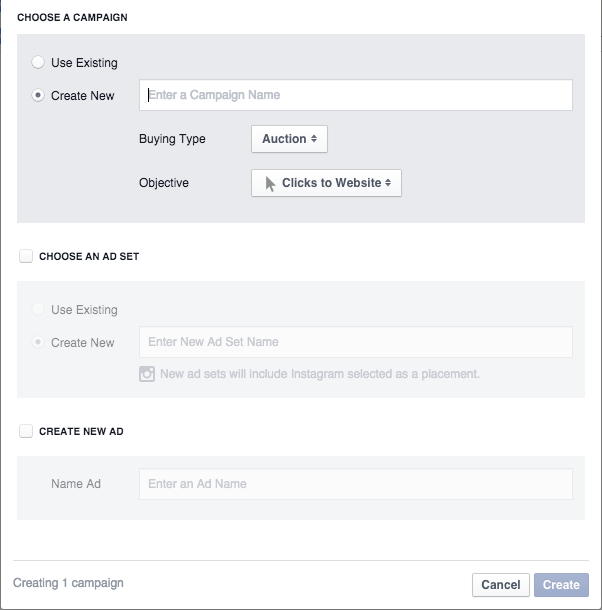 Here’s how Facebook explains it, in a pretty little diagram:

So let’s break it down…

This 10-chapter guide is a comprehensive walkthrough of everything you need to know about Facebook Ads, and we’ve barely scratched the surface.