Like-Gating requires non-fan entrants to Like your page in order to enter the campaign. This is the easiest way to increase your Facebook Likes – within Facebook’s Promotional Guidelines. 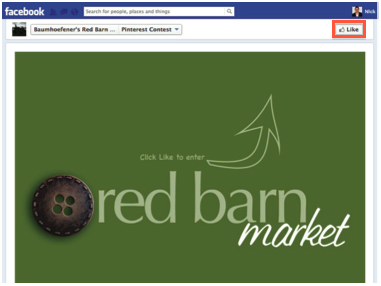 A Like-gate is usually a simple image with text telling users who have not yet Liked your Facebook Page that they need to do so in order to access the current contest.

Through the Facebook Open Graph, 3rd party apps can detect whether a Facebook user has Liked your Page or not, so only non-fans will be shown the Like-gate image.

Once a non-fan Likes your Facebook Page, the app will automatically reload to show the default entry or voting page on which the user can enter the contest.

Most 3rd party Facebook apps, including all of Wishpond’s, have Like-gating as a built-in feature, so that they can easily be enabled for any of your contests.

Is Like-Gating against Facebook’s promotions guidelines?

What is the typical drop-off rate for Like-Gated Contests?

Typically you can expect a very minimal (~10%) drop-off rate for your contest due to a Like-gate. Using a Like-gate is more than worth this drop-off, as the other 90%+ of non-fans who do Like your Page will have opened a new avenue to market them again and again.

I suck at photoshop! How can I get a professional Like-Gate image for my contest?

Most 3rd party Facebook apps, including all of Wishpond’s, have default like-gate images that look great and are tailored to the type of contest you’re running. 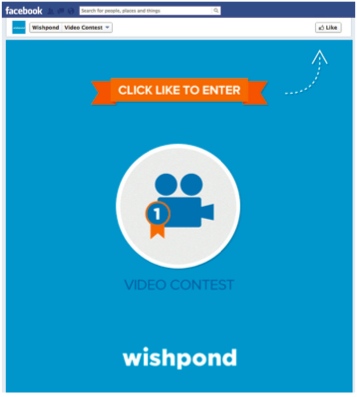 Get new customers with Social Promotions